Home » What are Estimated Quarterly Taxes?

What are Estimated Quarterly Taxes? 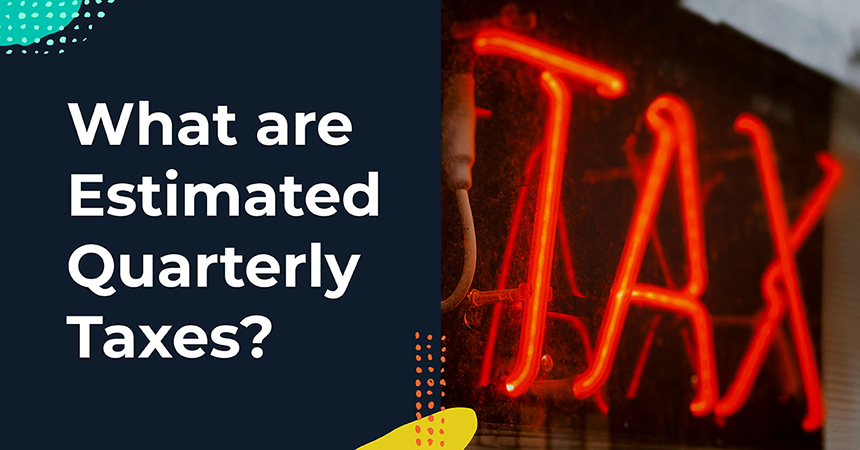 If you’re new to being self-employed or working in the gig economy, you might be asking a lot of questions about estimated quarterly taxes. It can feel overwhelming.

Here’s the basic idea: If you’re self-employed, freelancing, or working as an independent contractor, taxes are not automatically withheld from your paycheck as they would be if you were a W-2 employee. So instead, you are responsible for estimating how much you owe in taxes on the income you’ve earned and paid the IRS the estimated amount in installments throughout the year.

Below, we take a look at some common questions.1

Should you be making estimated quarterly tax payments?

You should likely be making estimated quarterly tax payments to the IRS if:

How do you calculate estimated quarterly taxes?

Here are two ways to calculate how much you’ll owe:

You can use IRS Form 1040-ES to calculate and pay your estimated quarterly payments.

Estimated quarterly tax payment calculations can get complicated, so it’s a good idea to consult a qualified tax preparer. In the event you overestimated or underestimated your earnings, complete another Form 1040-ES and refigure the estimated tax for the next quarter.

Curious about what estimated quarterly taxes might cover? We discussed this topic in-depth here.

How do you to save for taxes?

When do you pay estimated quarterly taxes?

According to the IRS:

“You may send estimated tax payments with Form 1040-ES by mail, or you can pay online, by phone or from your mobile device using the IRS2Go app. Visit IRS.gov/payments to view all the options. For additional information, refer to Publication 505, Tax Withholding and Estimated Tax.

There is a lot to learn about paying taxes as an independent contractor, freelancer, or gig worker. Stay tuned to the indi blog to learn more, and rely on reliable sources of information such as IRS.gov Small Business and Self-Employed Tax Center and TaxSlayer’s Blog for Self-Employed Tax Tips.

No comments to show.